Bears ranked ninth in 4A by Calpreps 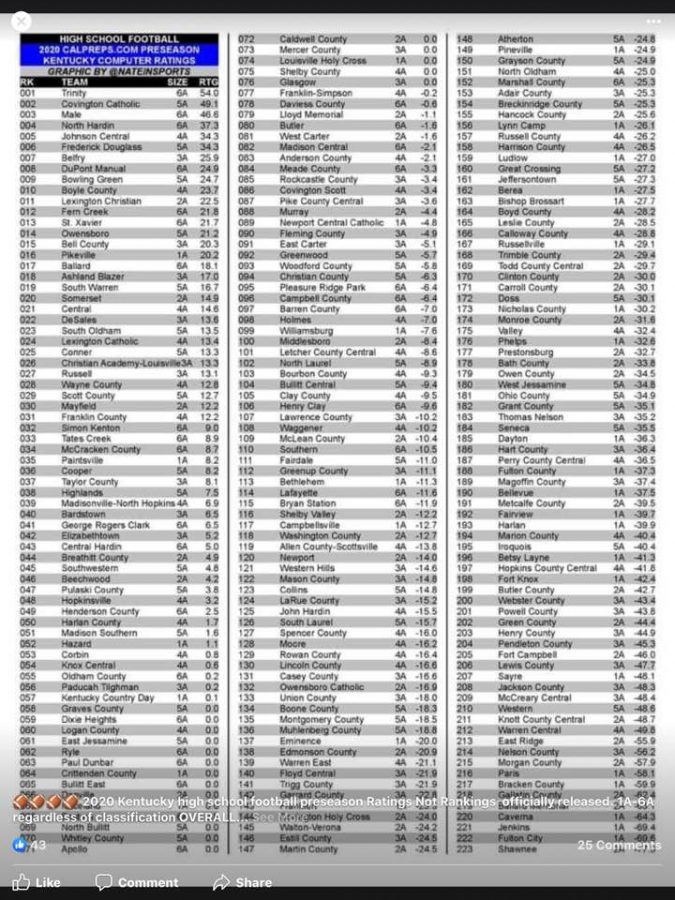 A senior-dominated Harlan County High School team is ranked 50th out of 223 Kentucky teams in the Calpreps preseason computer rankings. The Bears, who were 8-4 last season, are ranked ninth out of all of the state’s 4A teams.

HCHS is the second highest ranked team among 13th Region schools, trailing only Bell County, the 15th ranked team in Kentucky. The Black Bears finished 8-4 last season. Johnson Central, a 4A district opponent of the Bears and the defending state champ, is ranked fifth overall and first among 4A teams in the state. The other teams in District 8 include Letcher Central at 101, Clay County at 105 and Perry Central at 187.

Harlan is ranked 193rd after finishing 1-10 a year ago. Williamsburg is ranked 99th overall and is first in the Green Dragons’ district. The other two teams in District 8 are Pineville at 149 and Lynn Camp at 156