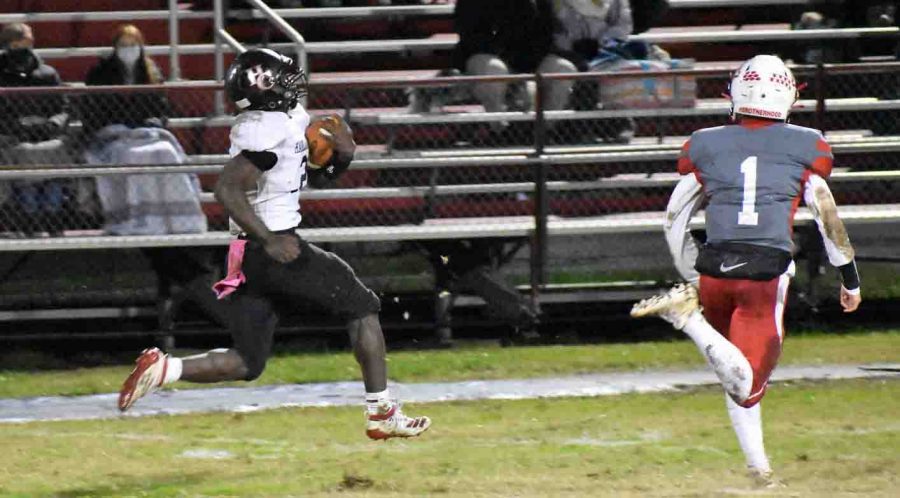 Scheduling games is one task for a football coach that usually ends well before the season begins.
But like many other things, scheduling in 2020 has been unlike any other season.
There was no game scheduled on Nov. 6 when the schedules were originally set, but that changed when the Kentucky High School Athletic Association voted to start the season later due to the coronavirus pandemic.
First, coach Eddie Creech scheduled Pike Central for Nov. 6. Then, when Pike Central canceled, he replaced the Hawks with a home game against Pulaski County to serve as Senior Night. Pulaski officials called earlier in the week to inform Creech that the Maroons would be unable to play due coronavirus issues. Creech went back to work and eventually found East Jessamine to fill the date after talking to over 30 coaches.
“We want our seniors to get as many games as possible. It took some time, but we finally landed a quality opponent,” Creech said.
East Jessamine, a 5A school, brings a 1-5 record into the game. The Jaguars knocked off 1A power Raceland 35-27 and have suffered losses to Paintsville (39-24), West Jessamine (36-28), Madison Southern (34-14), Collins (31-7) and Pulaski County (36-13).
“East Jessamine is a solid, well-coached, athletic football team,” Creech said. “They had a big win over Raceland and have been successfully running the ball all year.”
Harlan County (2-5) is coming off a hard-fought 10-6 win last week at Anderson County. The Bears made a goal-line stand to preserve the win after giving up three fourth-quarter leads in games earlier this season.
Senior linebackers Hunter Blevins and Josh Turner each had huge games for the Bears, sharing the honor as defensive player of the week on the 13th Region Facebook page. Demarco Hopkins led the Bears’ ground game with 108 yards on 23 carries. Turner added 54 yards on 10 carries and scored Harlan County’s only touchdown.